My artistic practice is centered on an attempt to carve out a queer home within the
conventional frameworks of our society. My intention is to reveal the potential in
challenging conventional structures, turning them into something new and, hopefully,
more beautiful in the process. Creating in the “queer diaspora” means just this to me:
finding new ways of imagining the places we call home.

My current work is a series of drawings entitled Friends of Dorothy which deals with the
ongoing debate of gays in the military. As one of the few institutions left in our country
that silences the queer experience, it directly affects the notion of a queer diaspora. This
work addresses the history of a discriminatory policy, while at the same time imagining
the potential future of a queer military.

In the early 1980s the Naval Investigative Service was attempting to root out homosexual
personnel from the US military. Through their investigation, agents became aware of
the term “friend of Dorothy,” a common code used in the second half of the 20th century
to refer to gay men. It is thought that the term originated with the famous character of
Dorothy Gale, played by Judy Garland, in The Wizard of Oz. Not knowing the history
behind the phrase, the N.I.S agents were convinced that a real woman named Dorothy
existed who was at the center of a massive ring of homosexual military men. In an
attempt to expose these men, they launched a search for Dorothy.

This series of drawings re-imagines the world of Oz through the lens of that historical
moment of confusion. What if, in fact, Dorothy Gale was the leader of an underground
group of gay characters and military men? And what if the N.I.S. and the Wicked Witch
of the West were working together to bring Dorothy to justice?

These drawings play within the codes of gay iconography and lexicon. They question
historical meaning, and bleed fact into fiction. And they are created in the context of a
current political debate that more often than not fails to learn from the mistakes of the
past. 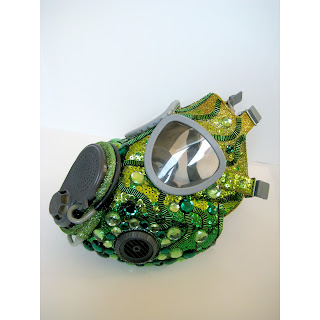 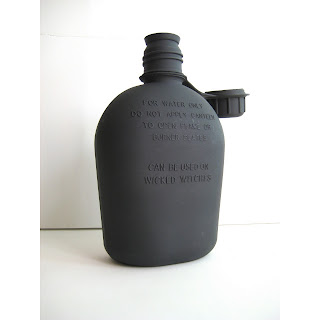 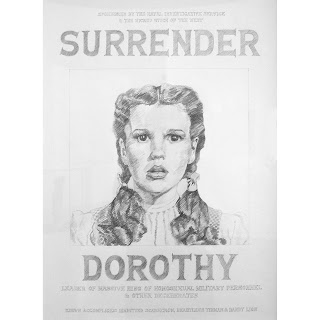 More of Glenn's work can be found at, www.glenntramantano.com
Posted by Queer Diaspora at 9:28 PM