Against Equality - Reviving the queer political imagination through visual culture

Against Equality is an online archive, publishing, and arts collective focused on critiquing mainstream gay and lesbian politics through text and visual culture. As queer thinkers, writers and artists, we are committed to dislodging the centrality of equality rhetoric and challenging the demand for inclusion in the institution of marriage, the United States military, and the prison industrial complex via hate crimes legislation. Founded by Ryan Conrad in Lewiston Maine in 2009, Against Equality has nurtured an international network of rural and urban queers who are committed to reinvigorating the queer political imagination with fantastic possibility. Through archival practices, calls for art, culture jamming, video production, book publishing and lecturing, the collective curatorial project has gained traction and praise from queer academics and cultural workers across North America.
This collective project relies heavily on phone and Internet technologies to function. With all of its core and contributing members living in different cities as big as San Francisco and Chicago and towns as small as Lewiston Maine and Omeemee Ontario, technology has been instrumental to our daily functioning and communication needs. In addition, many of the core collective and contributing members have never met in person. Using digital technology to tackle rural isolation and urban alienation in the deafeningly hegemonic political debates on gay marriage and “don’t ask, don’t tell” has become critical to our emotional and political survival.
This project also questions the current prioritization of specific gay and lesbian political issues (marriage, military and hate crimes legislation) set by an urban middleclass gay mainstream. By foregrounding the materialist critiques of working poor and rural queer & trans activists in tandem with radical queer & trans critiques coming from urban centers that are infused with an intersubjective criticality, we hope to create space for imaging the queerest geographic futures possible. 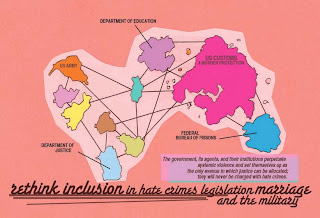 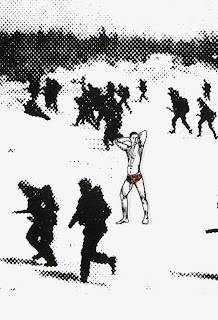 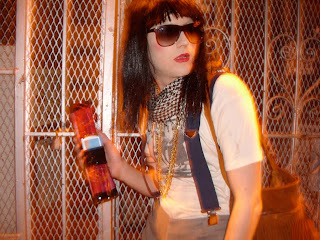 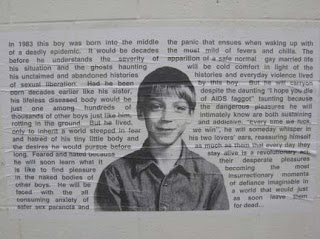 Visit www.againstequality.org to see more.
Posted by Queer Diaspora at 12:03 AM